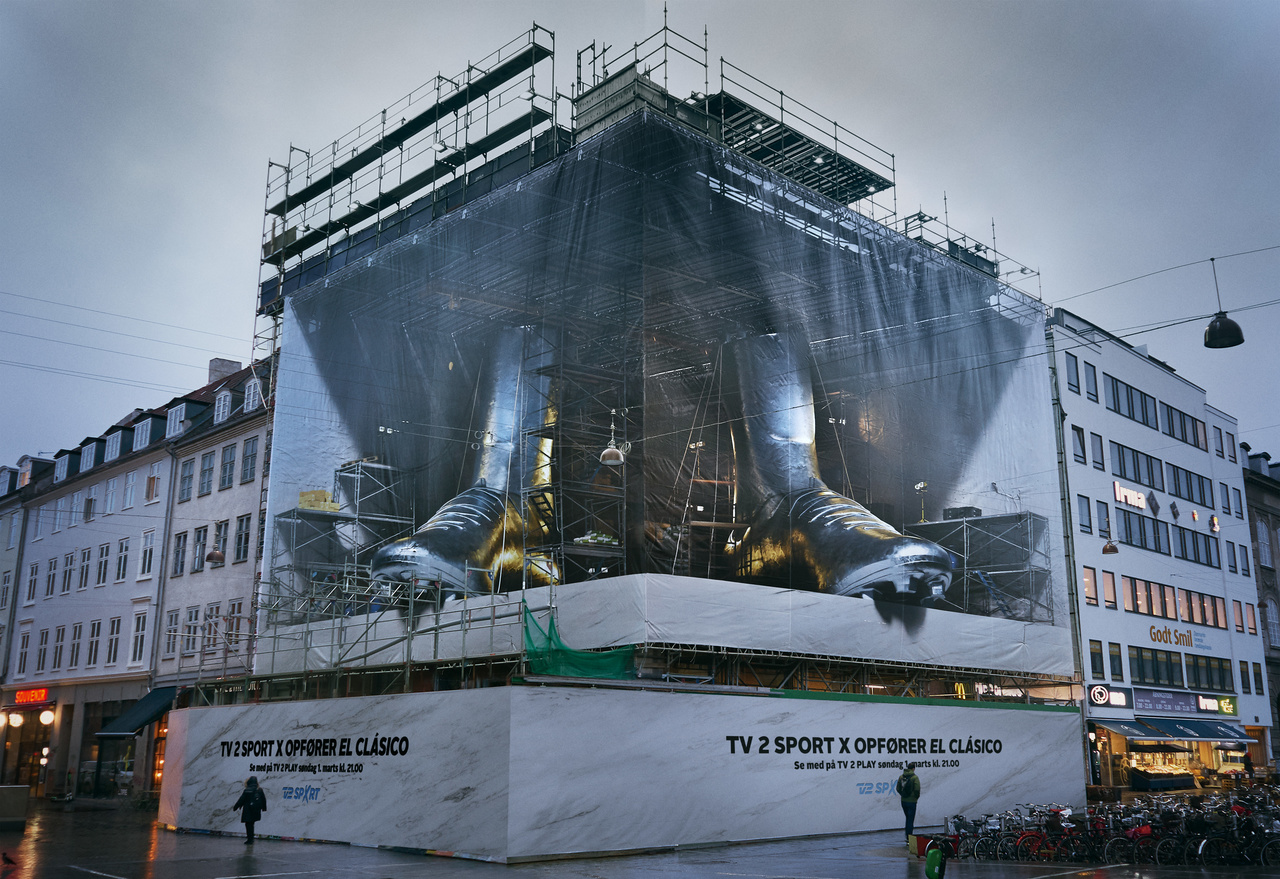 One of the premiere football matches in the world is El Clásico between Barcelona and Real Madrid. Danish TV channel TV2 Sport X wanted the world, (OK, central Copenhagen) to know they could catch it on their channel.

Playing with this site specific location where two billboards meet at a corner allowed for the creation of a visual illusion. When the viewer stands at a specifc point, the forced perspective of the image creates an eye-popping 3D effect.

Working with the creative team, we worked out the angles so the POV effect worked and the image integrates with the active building site. We made good use of Modo's camera match and camera texture projection tools on this one, allowing us to replicate the site within 3D, build the scene, then re-project the renders onto planes for printing.

Modeled in Modo, rendered in Octane and re-projected via Modo's default renderer.