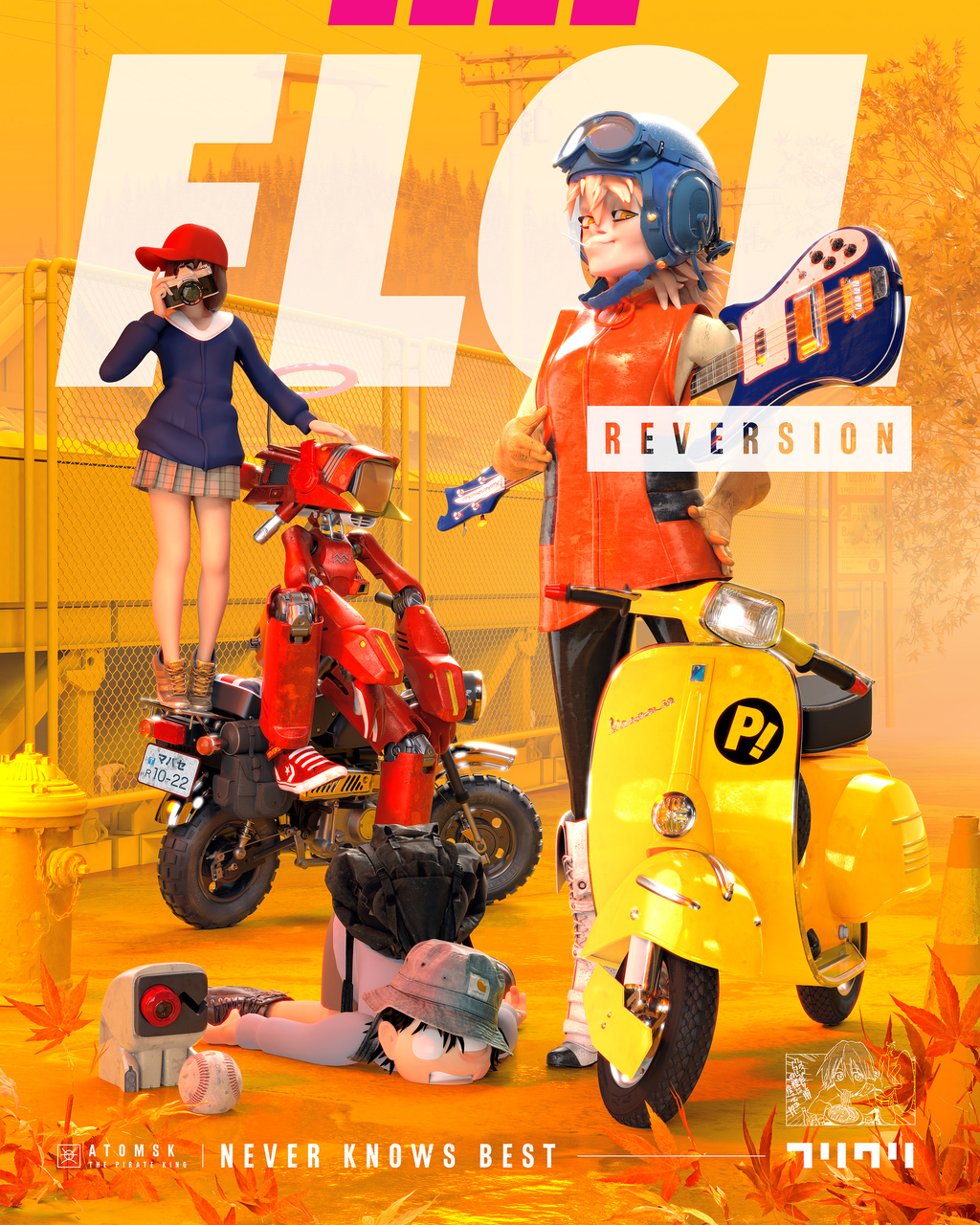 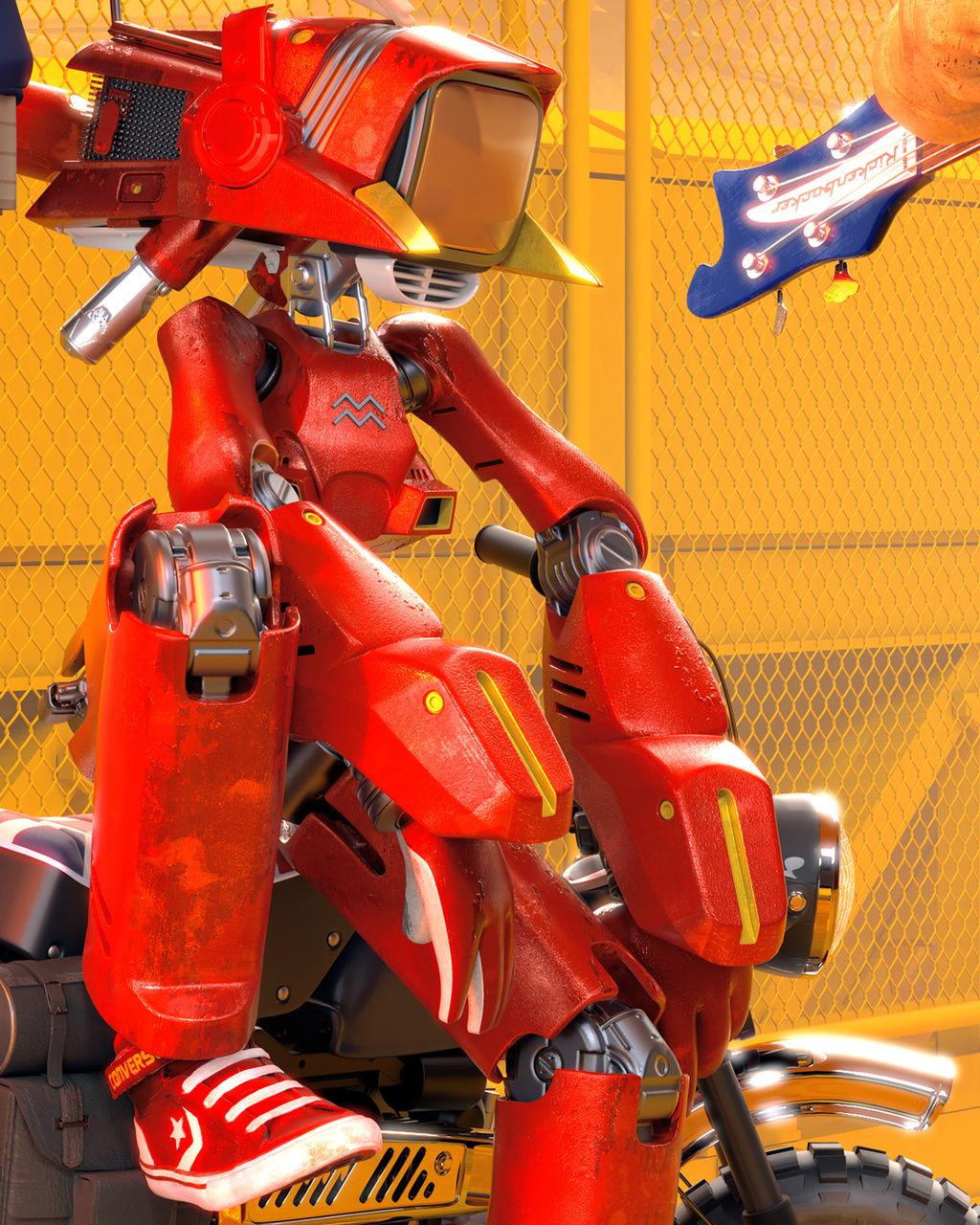 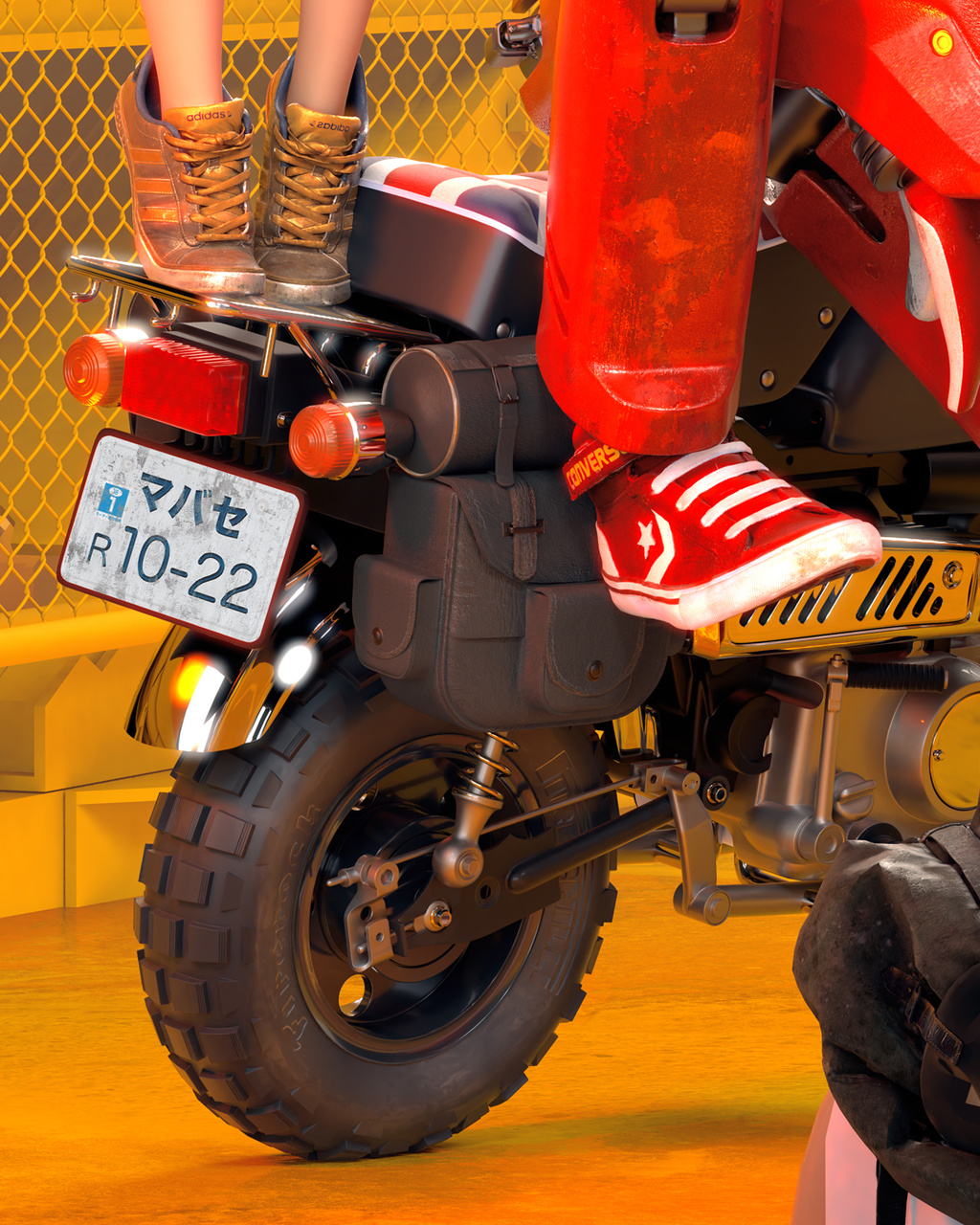 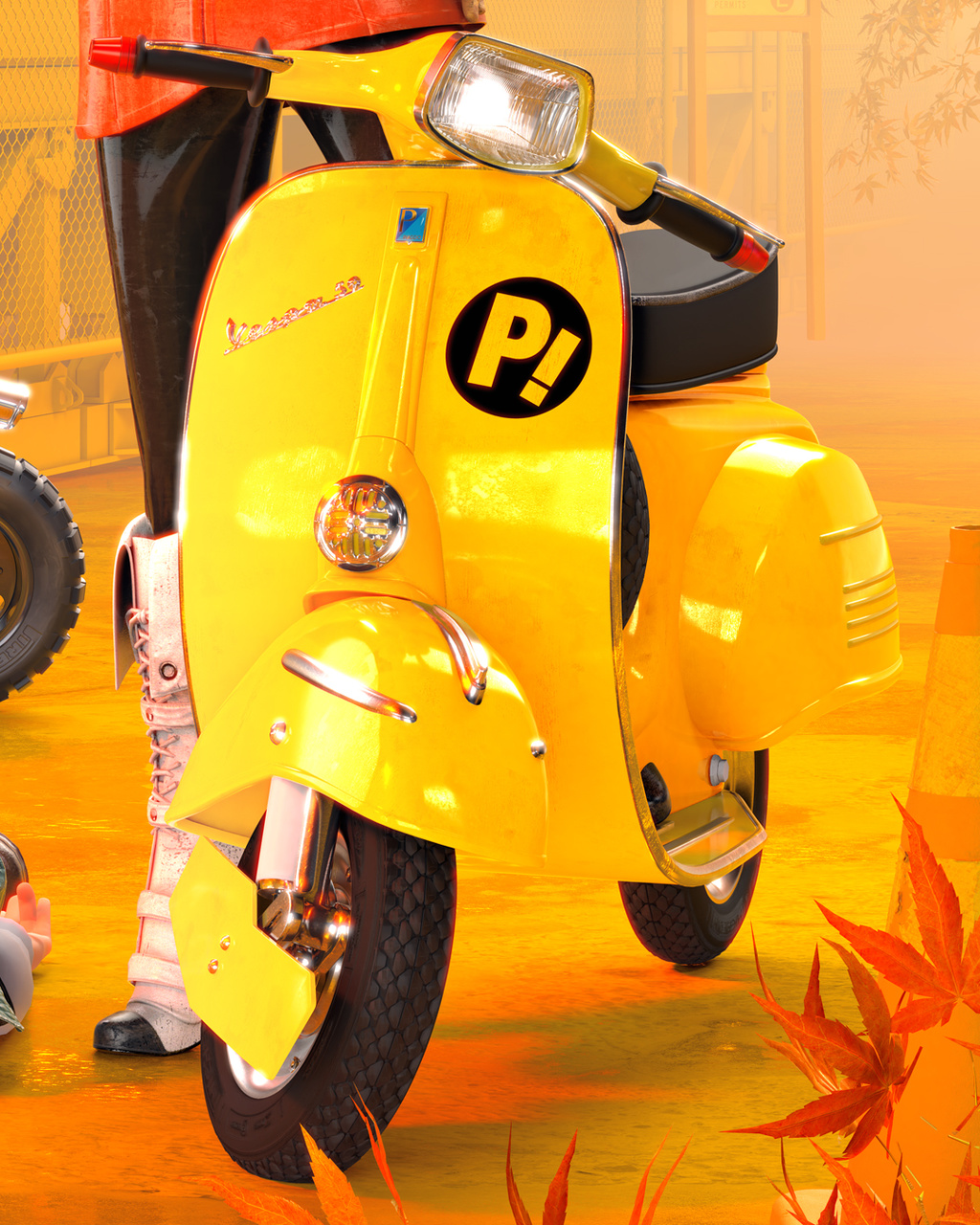 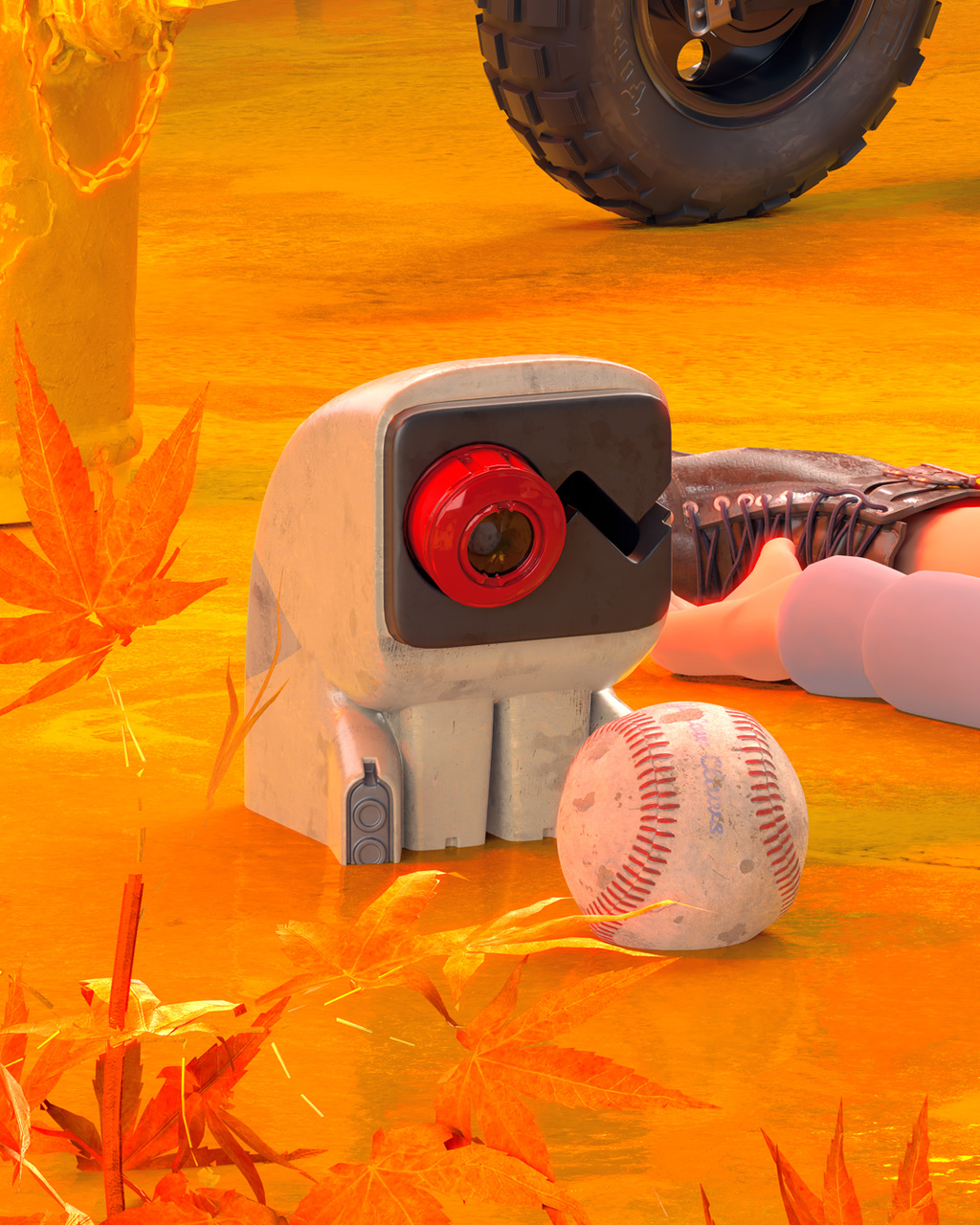 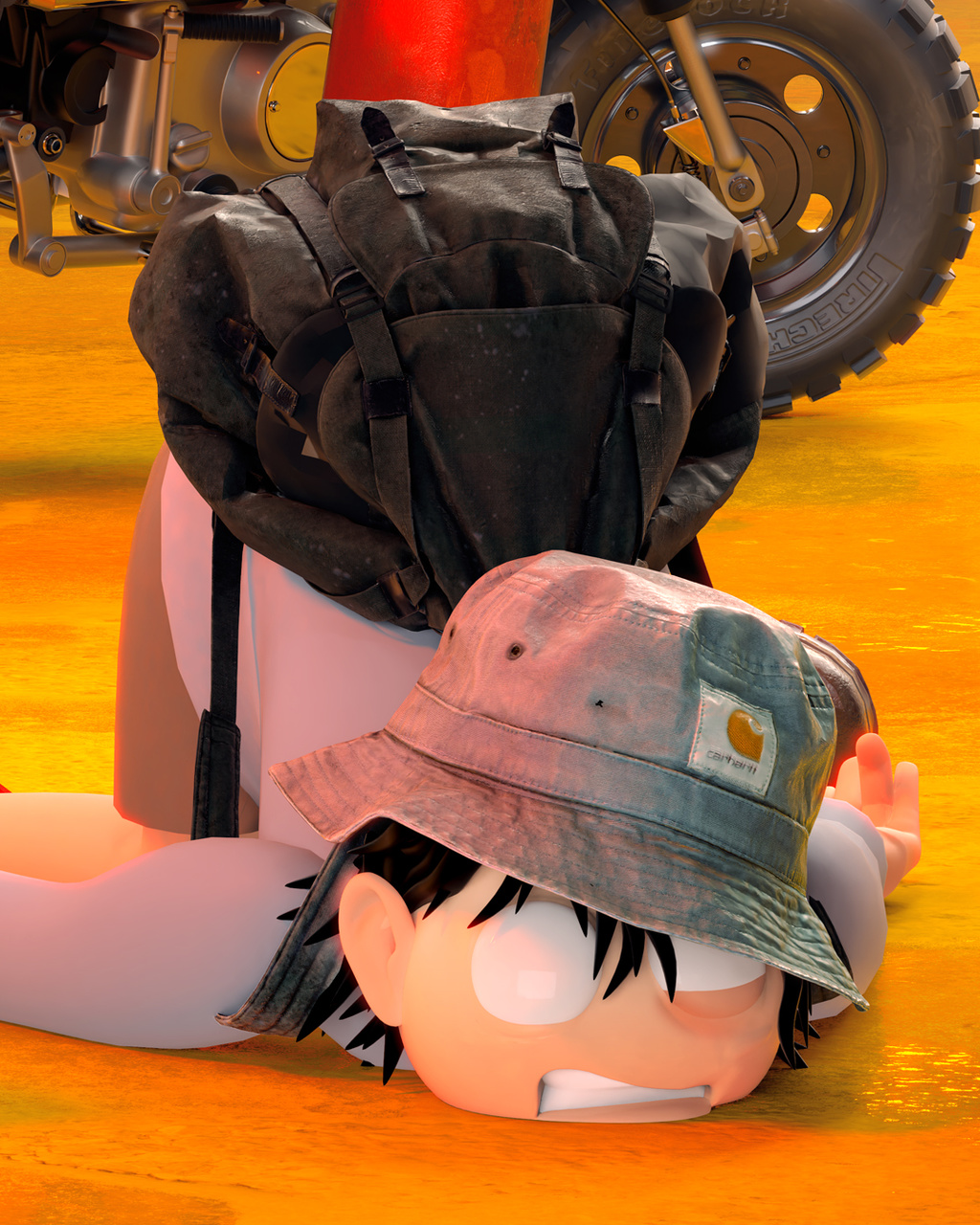 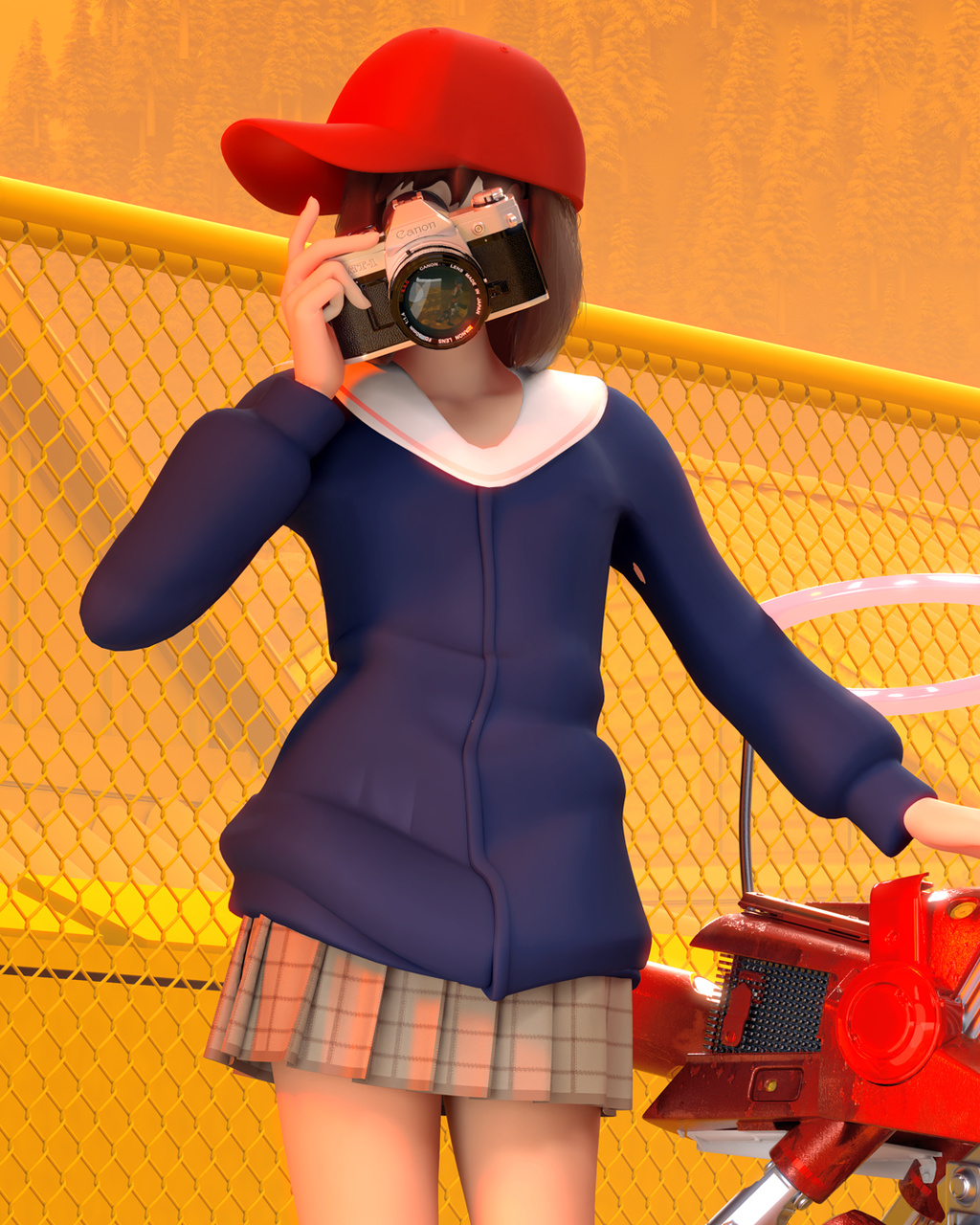 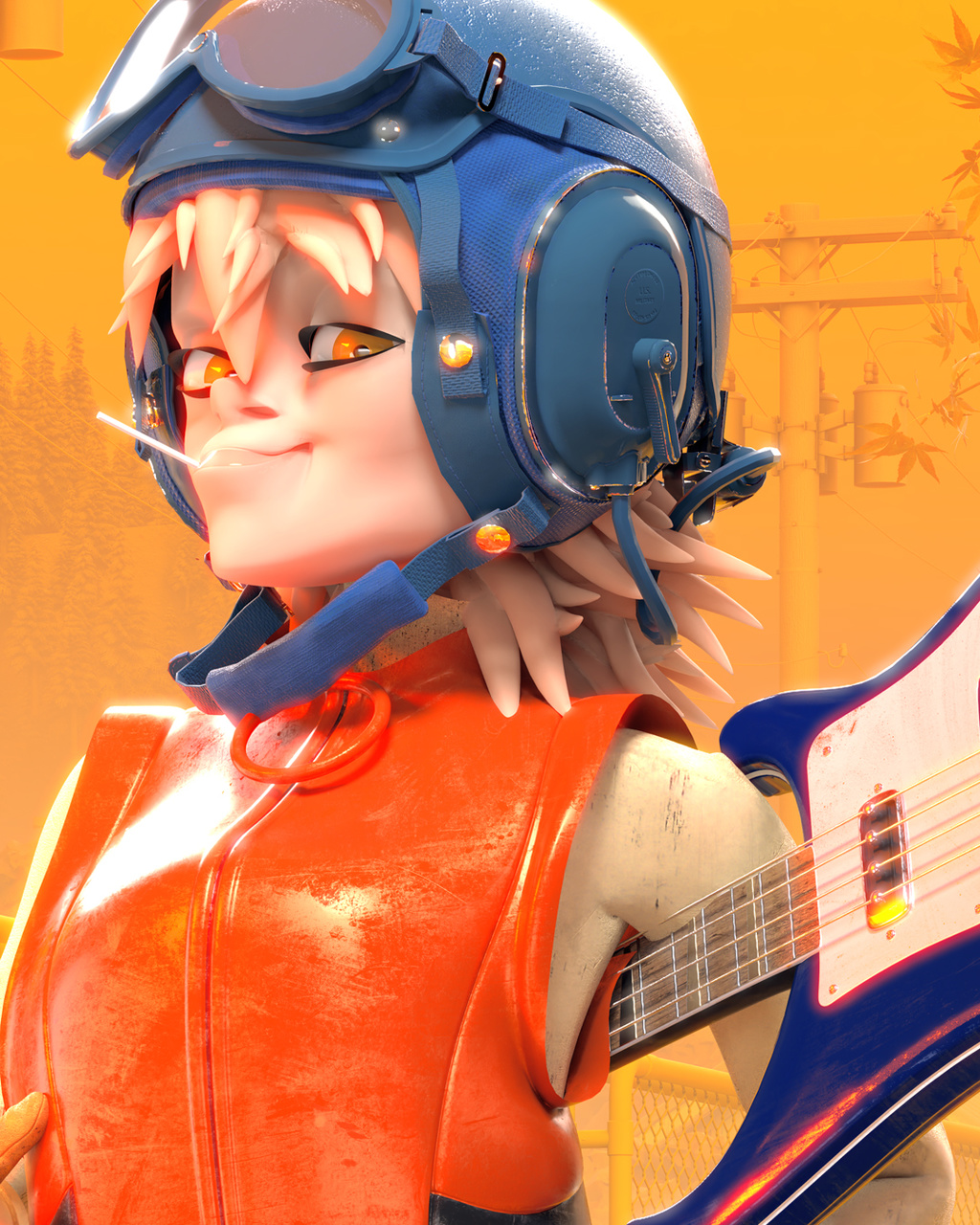 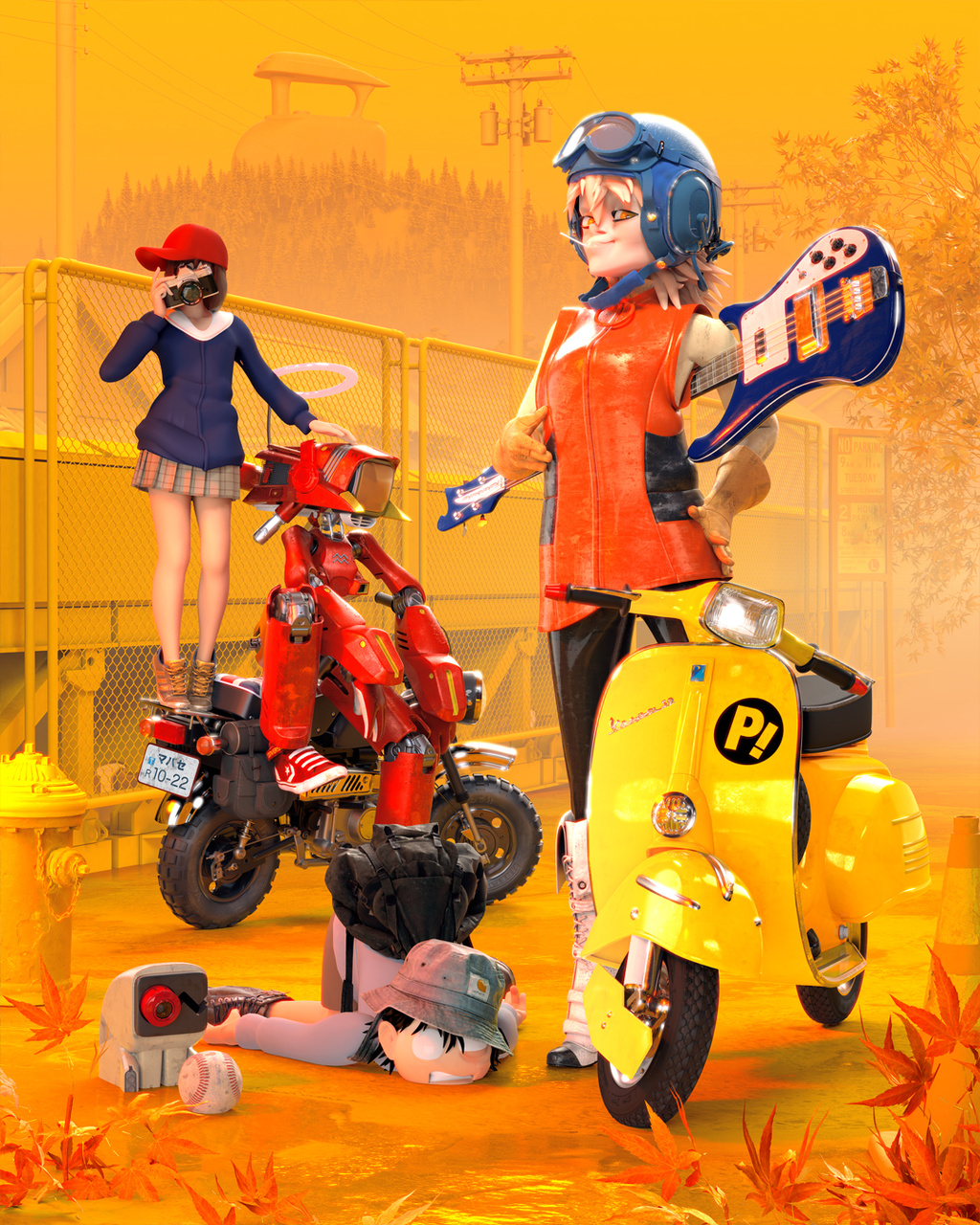 Have been doing anime remakes for a while now, mainly Studio Ghibli movies, but wanted to branch out and try different styles and complexities over a range of various series/movies.

Yes, I'm obsessed with Japan, I love their culture, communities and traditions. True craftmenship (Or craftwomenship... craftneutralship... err...) over anything they create.

I grew up through the 90's watching underground Japanese animation and just before the millenium hit, FLCL was born.

A complete bonkers story, with a bonkers cast, a bonkers animation style mixing anime with manga, with parodies of South Park and a highly bonkers sense of humour. Not to mention robots. I love robots.

I really enjoyed this series when I was younger, so I thought it would be fitting to bring to life as a remake. From shiny Vespa's to an old dirt bike I built a few years ago that finally came in handy. Enjoyed doing this more stylised piece, felt more graphical, which was fitting for the original anime.